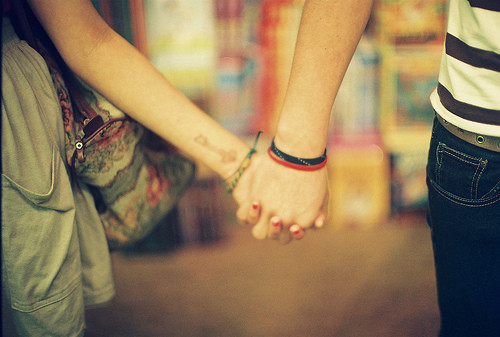 What a Bisexual Person Gives Up – Being in a Monogamous Relationship

I didn’t choose to be bisexual. There is nothing  I can do to “turn it on” or “turn it off”, I simply am. To my knowledge, I have been all my life. I can recall being a child and finding other men and women both attractive. I just learned at some point that it was more appropriate for me to seek relationships with women. But, that didn’t stop me from trying to explore and understand my attraction to men as well.

I personally feel that being bisexual and monogamous in a sense is a form of entrapment.

However, it is an entrapment I’m willing to endure, for I feel that having the love and respect of someone – someone willing to spend their life with you – is worth the pain. Especially if they see you and understand you for who you really are. I know plenty of people that are polyamorous or polygamous and I have the utmost respect for them. I just have a hard enough time with the drama of being with one person, I have serious doubts I could handle being in multiple relationships at the same time, not to say I would not like to try.

Being bisexual and being in a monogamous relationship has not always been easy for me though. In fact, almost every single woman I was with before my current fiancé, I cheated on (with men). I sought out that which I could only get from men I would have affairs with – the warmth, the strength and the masculinity of another man. Then in turned enjoyed being with me. I rarely dated men, it was almost exclusively purely sexual, but it was sex that being with a woman did not offer. Being with women sexually (for me) is just as rewarding as being with men, it’s just different.

Then why did I cheat on the previous women I had been with and I have not with the one I’m with currently?

I really believe that boils down to one word: acceptance. No other woman I was with knew that I was bi and I also knew that I could not tell them or the relationship would have been over. This one is much different, much more dynamic than anything I’ve ever experienced. She knows I’m bi, we talk about men, we talk about women, I tell her things that (sexually) have turned me on about being with men. Some things she understands, some things she doesn’t, but she always accepts me. I have talked with her recently about the idea of doing a little roleplaying to make it easier for my ‘needs’ or even the idea of inviting a male in to play with us, something she is not opposed to, but not yet quite ready for. The most critical thing I feel is for us to openly communicate. If I feel there is a need not being met, I discuss it with her. Conversely, if there is a need she feels is not being met, I do my best to try and meet it.

Do I feel trapped being in a monogamous relationship? Honestly, sexually – yes. Emotionally, I’ve never been happier. It’s a complicated dichotomy, one that I truly feel my straight and gay friends will never really understand.